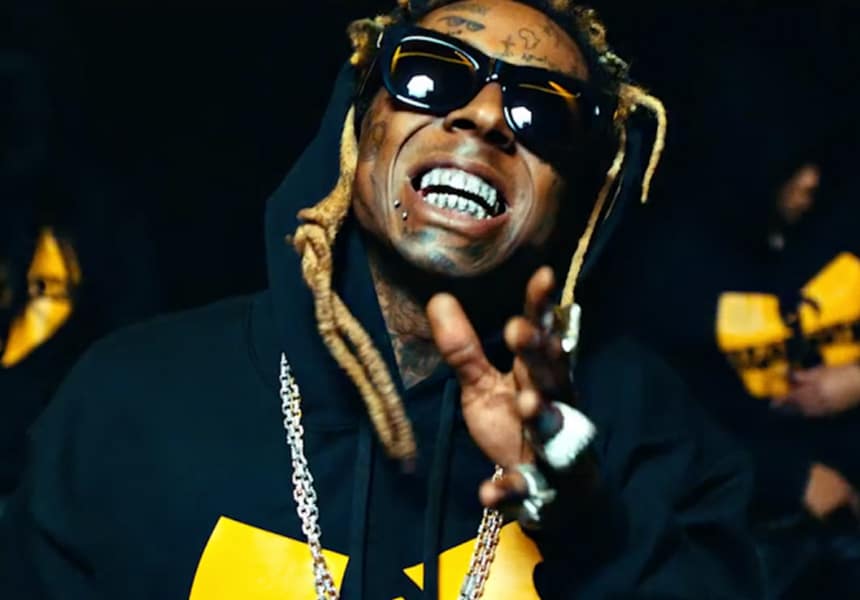 Rap superstar Lil Wayne recently came clean about the condition he has dealt with for much of his life. In 2013, he was hospitalized when he had a series of seizures. They occurred after shooting a music video, and it was assumed they were brought on by a busy schedule and lack of sleep. Recalling this frightening time, Wayne said, “No warning, no nothing, I don’t feel sick. I get headaches real bad. And the headaches? I didn’t get no headaches or nothing.”

After recovering, Lil Wayne opened up in an interview about having multiple seizures throughout his life. In talking publicly about his epilepsy and what it feels like to have a seizure, the rapper is helping to shed light on the condition for his millions of fans. He also has made it a point to let his fans know that epilepsy won’t damper his career plans or schedule, saying that his doctor “didn’t tell me to do too much that a human doesn’t do anyway. Sleep and eat right, that’s about it.” 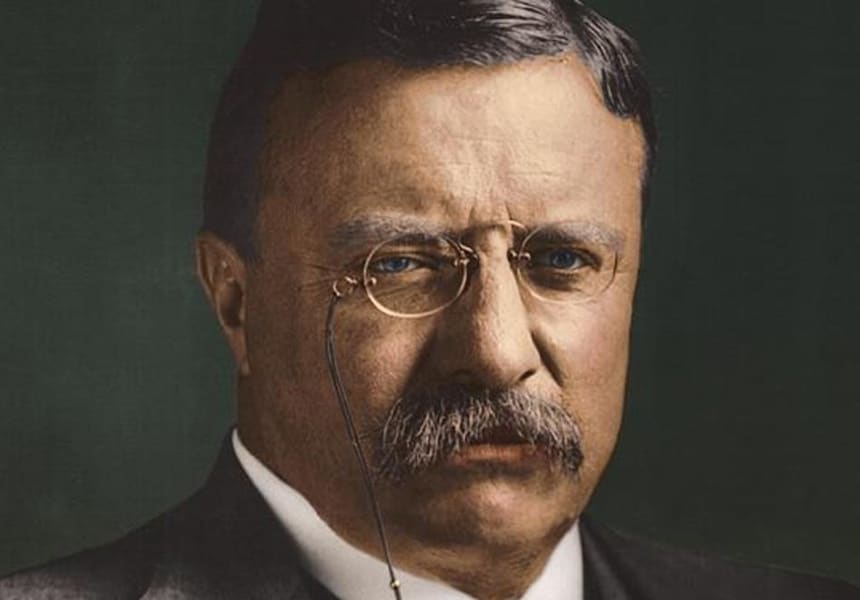 While the 26th President of the United States was perhaps best-known for his conservationist efforts, Theodore Roosevelt also stayed active outdoors in the face of numerous health conditions. Among these were asthma, eye problems, and epileptic seizures. While Roosevelt didn’t speak about epilepsy directly because of stigmas and eugenic movements during the time he was alive, he did speak out about overcoming challenges. He was quoted as saying, “Far better is it to dare mighty things, to win glorious triumphs, even though checkered by failure … than to rank with those poor spirits who neither enjoy nor suffer much, because they live in a gray twilight that knows not victory nor defeat.” He also said, “Courage is not having the strength to go on; it is going on when you don’t have the strength.”

Indeed, quotes such as these can inspire anyone. But they may especially inspire those who battle specific challenges, like epilepsy, on a regular basis. Despite his health challenges, Roosevelt was known for being active. He was involved in numerous professional pursuits throughout his life. He will forever be known for his role in the popular “Lethal Weapon” movies, but Danny Glover also impacts people when he talks about epilepsy. The Academy Award-winning actor struggled with epilepsy and seizures as a child. Like many people with epilepsy, he outgrew the disorder.

Glover attributes part of his success to being able to recognize the warning signs of seizures after his first one at the age of 15. He said “Eventually, I could recognize it happening … Each time I got a bit stronger and the symptoms began to diminish to the point where I was ready to go on stage.”

Today, Glover works to bring awareness to epilepsy by supporting the Epilepsy Foundation. He contributes to the organization’s programs for children and volunteers his time speaking about epilepsy and bringing awareness to the issue. Legendary singer-songwriter Neil Young has long lived with epilepsy. He also has a daughter who inherited the condition. In his memoir, “Waging Heavy Peace,” he writes about his epilepsy and other medical conditions. He even describes a related medical procedure he underwent years ago. Now banned, the procedure was painful and didn’t help his condition. He says, “It has to do with having a radioactive dye injected into your nervous system — basically into your back, so it goes right into your nervous system … They usually get some bubbles of air and stuff in there too, so when those go through your brain, it’s excruciating.”

Today, Young lives well with controlled epilepsy and also helps his daughter to manage her condition. The woman who made waves on “Britain’s Got Talent” with her lovely voice has also opened up about having epilepsy. The unlikely star struggled with the condition throughout her childhood. In recalling those struggles, she has said: “At school I used to faint a lot. It’s something I’ve never talked about. I had epilepsy. People in the public eye don’t have things like that. All through my childhood they’d say epilepsy is to do with mental function. And now I realize it’s not. I was up against all those barriers. It wasn’t easy.”

Boyle has talked openly about her disability and how it held her back. Adults in her life told her that her seizures were due to a mental defect, and for years she believed them. By talking about her struggles, Boyle helps to shine a light on children who may experience complex emotions because of epilepsy. His fans know him as the knowledgeable owner of the Gold and Silver Pawn Shop and the star of “Pawn Stars.” What Rick Harrison’s fans might not know about him is that he lives with epilepsy. Harrison attributes his love of history to the fact that he was forced to spend much of his time as a child inside the house, alone. The Epilepsy Foundation has quoted Harrison as saying, “Because of my seizures, I was forced to spend a lot of time in bed in my room away from the television when I was a kid … The best way to entertain myself was to read, so I became very interested in history books.” He ended up developing a lifelong passion for the subject.

Now, Harrison is giving back by working with the Epilepsy Foundation and helping the organization bring awareness to his home state of Nevada. Prince, the legendary performer and Grammy Award-winner, first talked about his childhood battle with epilepsy publicly back in 2009. He described being made fun of in school and having loving parents who weren’t sure how to cope with his disorder. He told People magazine: “My mother told me one day I walked in to her and said, ‘Mom, I’m not going to be sick anymore,’ and she said ‘Why?’ and I said ‘Because an angel told me so.’ Now, I don’t remember saying it, that’s just what she told me.”

However, the experiences shaped his career and his success. Prince explained that the teasing from his classmates forced him to be confident and to develop a unique style and persona that helped make him famous: “Early in my career I tried to compensate by being as flashy as I could and as noisy as I could.” The way the late singer opened up about his epilepsy garnered further inspiration from his fans. 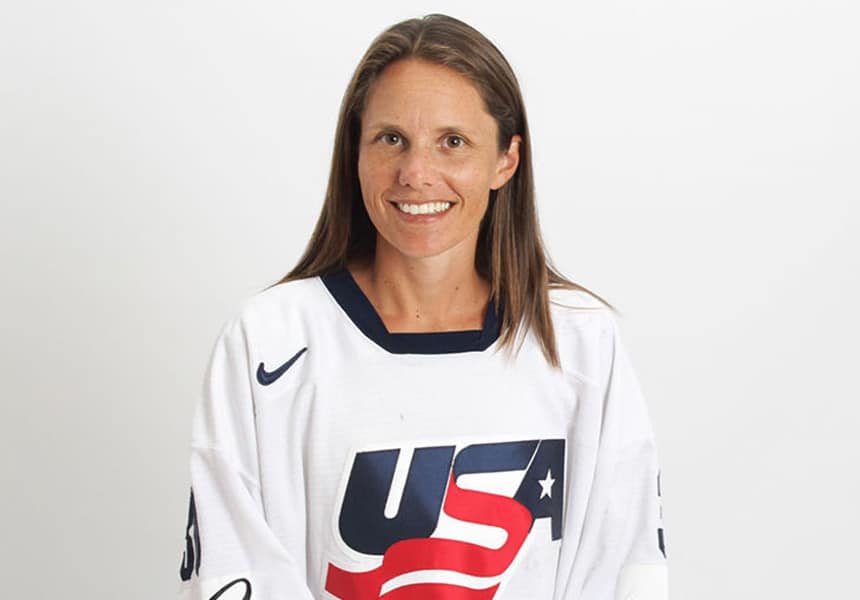 Athletes with epilepsy are particularly great at inspiring others to succeed in the face of a physical disability. Among some of the most inspiring is Chanda Gunn, the goalie for the 2006 women’s U.S. Olympic ice hockey team. Diagnosed at the age of nine, Chanda was already an avid athlete. When she was forced to give up swimming and surfing, she took up hockey and never looked back.

For Gunn, it’s important to let other people with epilepsy know that the condition won’t hold you back from your dreams. While ice hockey might be considered dangerous for people with epilepsy, Gunn demonstrates that anything is possible. On epilepsy.com she writes: “There’s no reason why a person with epilepsy can’t play sports or pursue their dreams.” Although she was afraid of the sport she’s now famous for playing, she further says, “I’ve learned to live with it, the fear of the unknown, because I want to really live life and for me that means playing ice hockey.”

Today, Gunn is one of the most successful women in U.S. hockey. She’s also a spokeswoman for the Epilepsy Therapy Project. 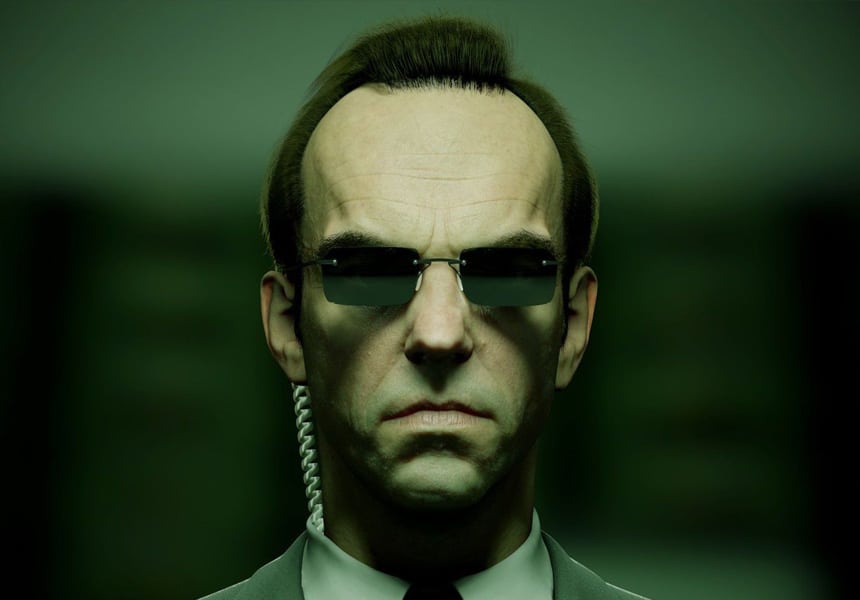 Australian actor Hugo Weaving is best known to Americans for his roles in “The Matrix” and “The Lord of the Rings.”He started his battle with epilepsy as a teenager when he experienced major seizures at least once a year. Weaving says that his disorder never held him back, and that he didn’t let it stop him from doing the things he loved to do.

He’s also been open about his experiences with the condition — including medications. In 2015, he was quoted in The Guardian as saying, “People always thought I was laid back, but I was basically doped for 30 years on epilepsy drugs. I ran out of my meds filming in the desert and went cold turkey. I was on a moderately high dose and it was masking a nervous anxiety I didn’t know I had.”

Weaving always had a positive attitude about his illness and hoped that he would outgrow it. Because of the seizures, he was never able to get a driver’s license. Today, he can say that his hopes came true. He hasn’t experienced a seizure in over 18 years.